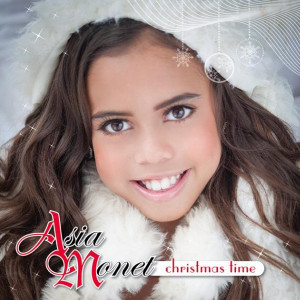 My very special guest was the one and only Asia Monet Ray who has appeared on Lifetime’s Abby’s Ultimate Dance Competition where, at six years old, she burst onto the scene with her hard-hitting, sassy moves.  She was a finalist and, afterwards, Asia joined Abby Lee Miller’s elite junior competition team for season 3 of Dance Moms.  Fueled by competition and Abby’s tough love approach, Asia proved she was a champion by winning every single competition solo she performed.  Earlier this year, at eight years old, Asia starred in her own TV show called Raising Asia alongside her Mom, Dad, and little sister Bella Blu.  It premiered on July 29th.

While she is best known for her dancing, she is now venturing into the world of music. Her debut album titled “Asia Monet”, features 5 original songs inspired by her family, friends, and fans. The full LP is available for purchase or download on Amazon, iTunes, Google Play, and Spotify as well as on Asia’s website www.iamasiamonet.com. She has also performed live at large venues including Planet Hollywood Las Vegas and Universal CityWalk. She has a new Christmas single called “Christmas Time” which I will playing excerpts during today’s episode and again at the end in its entirety.  It’s the perfect Christmas song to get you in the holiday mood!

Known as a “triple threat”, Asia is a dancer, singer, and actress. She has a role in the recently wrapped upcoming indie film Sister Code  alongside Amber Rose.  It is due to be released in 2015. Asia also has a huge social media following, with over 500,000 Instagram followers and gaining about one to two thousand new followers daily. She also has 83,000 Twitter followers.