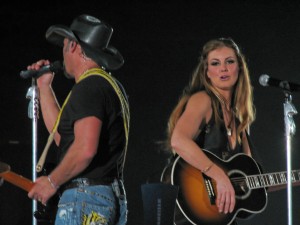 Faith Hill is the epitome of grace, style, beauty, and class.  She always looks radiant. It’s no wonder that her husband, country superstar Tim Graw, remains in love with her just the same as the way he did back in 1996 when they married.  Their whirlwind romance keeps going strong.

I feel like I’ve been a spectator to this couple’s super-charged romance from the beginning.  I attended their first concert tour together on May 24, 1996 in Knoxville, Tennessee when I was nineteen years old. It was called the Spontaneous Combustion tour and there were definitely fireworks between Tim and Faith all night long.  I remember Faith looking simply beautiful and thinking that she was the type of woman that most men would love to have by their side.  I looked up to her and wanted to be her! 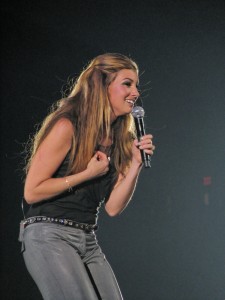 Faith and Tim will be celebrating their 19th wedding anniversary this year.  They are the proud parents of three daughters: Gracie Katherine, Maggie Elizabeth, and Audrey Caroline.  Faith is a dedicated wife and mother and continues to play that role better than anyone that I’ve ever seen. Over the years, I’ve noticed that it is all about her daughters and her marriage.  She was on The Oprah Winfrey Show a couple of times and Faith always talked family first.  She is remarkable in her devotion. 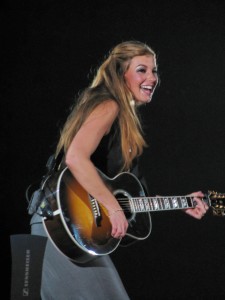 Faith is much more than a beautiful woman.  She’s even more than a wife and mother.  She is a talented artist and musician with many accolades to demonstrate her talent.  Arguably, she has the best vocals of any female artist in Nashville. I say that as someone who has seen her in concert many times.  Her vocal range is astounding (and enviable).  If you listen to her first two albums, you will be mesmerized that someone so young can hit the notes that she hits, especially on her second album It Matters to Me.  Faith has won five Grammy Awards, fifteen Academy of Country Music Awards, six American Music Awards, among many others.

Faith has definitely earned a place in my heart as one of my favorite country artists.  Her voice is captivating.  Her music is timeless.  Plus, she’s just an all-around good person being a wife, mother, and superstar all at the same time.