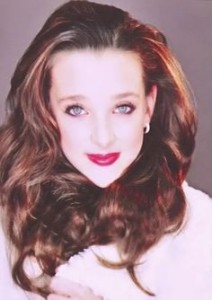 Kendall Vertes joined the Abby Lee Dance Company (ALDC) at the beginning of Season Two of Dance Moms edging out hundreds of fellow dancers who auditioned for one coveted open spot on the Junior Elite Competition Team.  Yes, she’s that good.  She had the right dance moves and the right look to catch the eye of the hard-to-impress Abby Lee Miller.  From the second she was announced as the newest addition to the Abby Lee Dance Company, she fit right in.  She was welcomed with open arms by her new teammates and blended well into the dances, but was a stand out when it counted.  Her solos performances were quite impressive too, even if she was somewhat nervous her first time out. Who wouldn’t be?

Kendall’s mother Jill has encountered some rocky situations while at the ALDC.  Kendall even competed at another dance company for a brief period because of some of the turmoil.  However, fortunately for everyone, Kendall returned to the ALDC and has participated in many award winning dances.  Kendall also competed with her fellow ALDC teammates to determine who would grace the cover to Dance Track magazine.  All the girls did photo shoots and the magazine’s editors chose Kendall as the winner!  Here’s the cover: 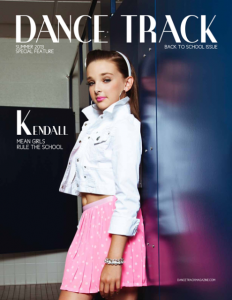 Season Five of Dance Moms has been a roller coaster ride with the team travelling to Los Angeles and taking residence there for a number of weeks.  On one episode, the girls were asked to sing and Kendall’s voice was angelic!  She can sing and dance! Plus, she’s beautiful!  Her future may not yet be mapped out for her yet, but one thing is for sure, she is going to be successful no matter what route she chooses.