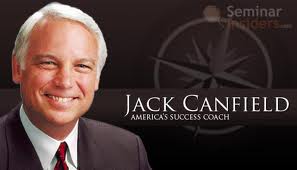 The next five posts will be a series where I will be revealing one-by-one Jack Canfield’s recipe to achieve any goal. These are powerful strategies that really work!

What’s the one common attribute high achievers share above anything else? PERSISTENCE. When they have a goal, they simply refuse to give up until they reach it – no matter what roadblocks life throws in their way.

Consider the story of Admiral Robert Peary, who attempted to reach the North Pole seven times before he finally succeeded on try number eight. Or screenwriter Craig Borten, who wrote the screenplay for Dallas Buyers Club in 1992 and struggled for 20 years to get his script turned into a movie – which became a huge success and won numerous awards, including the Oscar for best original screenplay.

You can read about them and many other ordinary people who have persevered to achieve extraordinary success in The Success Principles, Chapter 22: Practice Persistence. I encourage you to review this chapter so you can learn from their examples and be inspired by their stories. It’s a great way to reignite your own motivation!