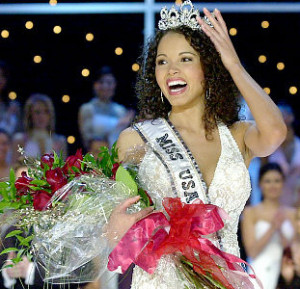 On March 24, 2003, Susie Castillo was crowned Miss USA in front of millions in a nationally televised live event from San Antonio, Texas. Representing Massachusetts as its first Latina titleholder, she also was the first Miss USA with Dominican-Puerto Rican ancestry. In May 2003, Susie travelled to Panama City, Panama to compete in the Miss Universe pageant. Placing as a Top 15 semi-finalist, her national costume was the appropriately chosen “Wonder Woman”.

After her reign as Miss USA, Susie has been quite busy with everything from appearing on On Air with Ryan Seacreat to co-hosting the Miss Teen USA pageant. She has so many accolades like the above-mentioned that it would be impossible to mention them all here.

One of her most recent and exciting projects is an endeavor that is in conjunction with Miss USA 2004 Shandi Finnessey. She is the co-founder of Pageantology which is a pageant coaching company that provides workshops and private coaching to pageant contestants.