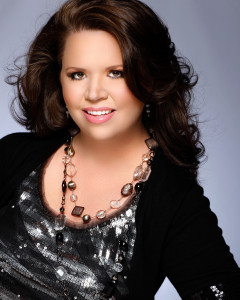 Beth Shankle Anderson is an attorney who focuses on business law. She has published two legal articles, including one that was featured on the cover of the Florida Bar Journal.

Most recently, on March 20, 2015, Beth gave a talk at the TEDxFSU conference at Florida State University. The conference theme was Against the Current and her topic was Mountains and Valleys which sought to tell the tale of the tremendous successes and unimaginable tragedies of two women.

Additionally, on March 28, 2015, Beth received recognition for being the Tallahassee’s Network of Young Professionals’ Golden A.C.E. Top 40 Under 40.  Beth was honored the receive this distinction as her fellow recipients were outstanding members of the Tallahassee community.

Most notably, in 2014 and 2015, Beth was named a semi-finalist in the Essay Division of the William Faulkner – William Wisdom Creative Writing Competition.  In 2015, she was named a semi-finalist for her essay titled The Enduring Power of Hope.  And, in 2014, she received the semi-finalist distinction for her memoir titled Mule’s Daughter.  Always the passionate writer, her article Honey Lake Plantation: Where Wedded Bliss Meets Gulf Coast Tradition was published in the Winter 2014 edition of Gulf Coast Bride. Additionally, she wrote the article Raise a Glass to the Perfect Toast for the online version of Palm Beach’s Weddings Illustrated.

Beth is the president of Beth Anderson Productions where she produces her own internet radio talk show titled “The Success Design”.  She has been designated as a “Featured Host” by BlogTalkRadio.com and a member of Women’s Business Talk Radio Network.  Her guests have ranged from two Olympic Gold Medalists to two Miss Americas.  Beth is an avid blogger and also offers her speaking engagement services to those who want to know more about her business, radio show, or inspirational or motivational topics.

In conjunction with WFSU-TV, Beth filmed a one-hour segment entitled “Women of Distinction” where she interviewed five of Tallahassee’s most distinguished women. After working with the WFSU staff for several months, from the inception of the idea for the show to the filming and editing, the final product was created.  The “Women of Distinction” include a Member of the Florida House of Representatives, a County Commissioner, a Chamber of Commerce President, a Magazine Publisher and a Past President of Junior League who is also an Adjunct Professor at Florida State University.

Beth is the president of The Jerry Shankle Memorial Foundation which she founded in memory of her late father.  The foundation awards an annual partial college scholarship to a member of the Unaka High School graduating senior class.  Unaka High School is located in Elizabethton, Tennessee and was her father’s alma mater where he excelled at basketball and maintained school spirit and love of the game throughout his life.  Beth organizes fundraisers on behalf of the foundation as well as supports the school in other capacities where needed.

Additionally, Beth is an advocate for the Leukemia & Lymphoma Society where she testified before the Florida House of Representatives’ Health Policy Committee regarding cancer clinical trials. She also advocated to individual legislators for the passage of the “Cancer Treatment Fairness Act” for two years.  In these meetings with Florida legislators, Beth stressed the importance of treating oral chemotherapy like intravenous or injectable chemotherapy such that insurance companies would be required to cover both treatments the same.  The “Cancer Treatment Fairness Act” was signed into law in 2013.  In 2014, Beth has advocated to legislators the importance of the “Step Therapy” companion bills which promote overriding treatment restrictions placed on certain medications by insurance companies.

Some of Beth’s accolades include selection by the Tallahassee Democrat as one of the “25 Women You Need to Know” and a profile in the “Someone You Should Know” segment by Tallahassee’s CBS affiliate WCTV.  Tallahassee Magazine featured Beth in an article titled “Crowning Achievement”.  She has also served on the Board of Directors for the Ronald McDonald House Charities of Tallahassee for two years.