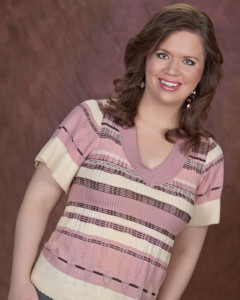 Florida State University’s newspaper, FSView, published an article about the TEDxFSU event where Beth gave a talk to a crowd of 350 people:
Click to View the Article

Clinton Kelly of TLC’s What Not to Wear and ABC’s The Chew has teamed up with Macy’s to offer answers to fashion’s most pressing questions! Beth submitted a question and Clinton chose her question first in the #HelpMeClinton web episodes that he is filming! Check out Clinton’s responses to Beth’s fashion questions in the You Tube video below as well as his awesome comments about her photo.

Beth was a model in the “Holiday Fashion” feature of November/December 2010 issue of Tallahassee Magazine.

On December 17, 2009, the Northeast Chronicle, part of the Tallahassee Democrat family of newspapers, featured an article on Beth’s participation as Honorary Chair of the Leukemia & Lymphoma Society’s Light the Night Walk 2009 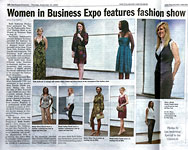 On July 10, 2009, the Northeast Chronicle featured an article with photos from the “You Can Be Fashionably Beautiful” Fashion Show.

On November 17, 2009, Beth appeared on WCTV’s “In the Spotlight” segment to promote the Leukemia & Lymphoma Society’s Light the Night walk in Tallahassee.

Someone You Should Know is a weekly segment hosted by Lee Gordon that shines the spotlight on a member of the community who has a story everyone should know about from piano teachers, coaches and your neighbor to anyone who gives back in the community.

In July/August 2009, Beth was featured in Tallahassee Magazine’s 30th Anniversary edition. In an article title “Crowning Achievements”, Beth was interviewed about her law practice, her Mrs. Tallahassee title, and the causes the mean the most to her.

Beth was honored to have been chosen as one of Tallahassee’s “25 Women You Need to Know” in 2009. Beth was selected based on her dedication to several causes including the Leukemia & Lymphoma Society and the Autism Legislative Project.

In April 2009, Beth’s work with the Early Learning Coalition was showcased. Appearing as a “Celebrity Reader”, she read to children, ages 5-7, at a local day care center. She chose the book “The Little Engine That Could” and left an autographed copy of the book for the children’s library.

In March 2009, Beth was featured as the top story as she waved to the crowds in the Springtime Tallahassee parade.